This Kitty Cat Katarina Cosplay comes directly to you from Russia.

And that my friends is just about all we know about her. Aside from the obvious fact, that is, that her high quality and excellently produced cosplay, mixed with her extreme beauty simply leaves us speechless. If you follow her on DeviantArt, you’ll be blown away by her gorgeous visuals.

We are hoping to get a bio on her soon, but meanwhile, check out this gallery of her Kitty Cat Katarina Cosplay from League of Legends – it is stunning! 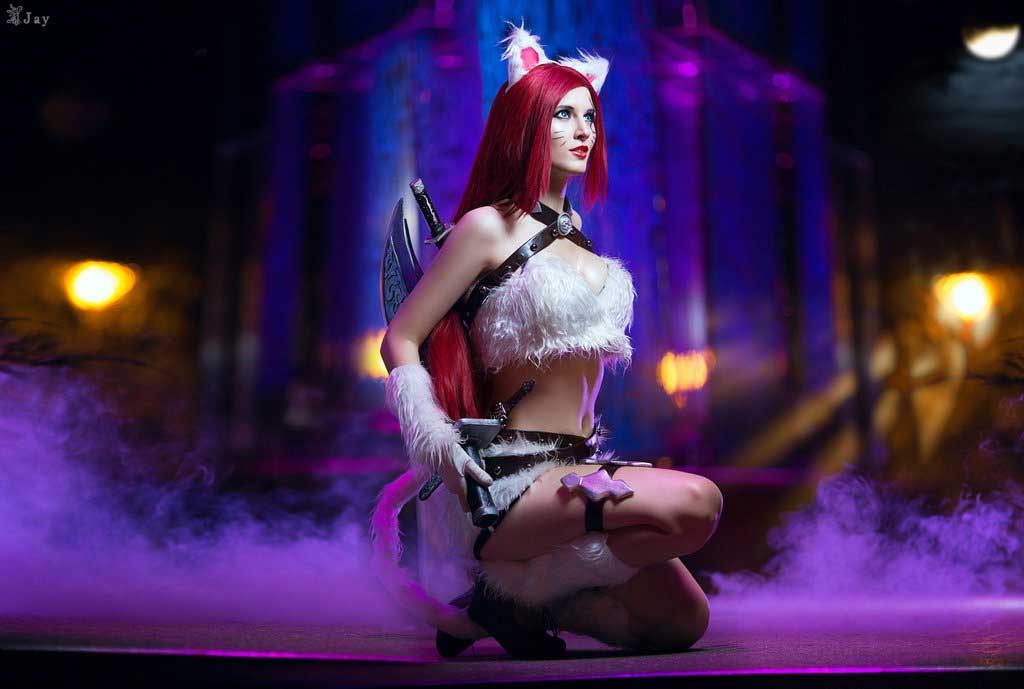 “Never question my loyalty. You will never know what I endure for it.” – Katarina 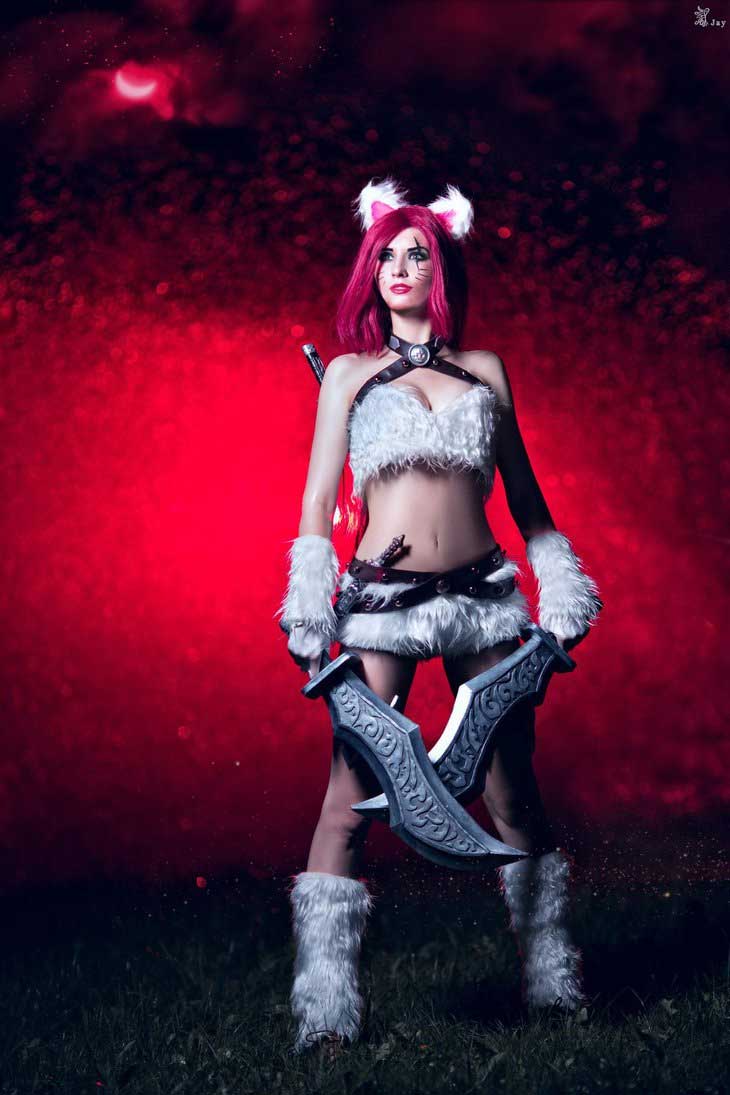 Born to Noxian privilege, Katarina was trained in the ways of the knife from the time she was a young child. Now that fiery and willful child has grown into a beautiful and deadly woman. Katarina’s intense passion for life is tempered only by a sense of duty and loyalty to her family. That very same passion proves a double-edged sword when her heart and her responsibilities are at odds with one another. 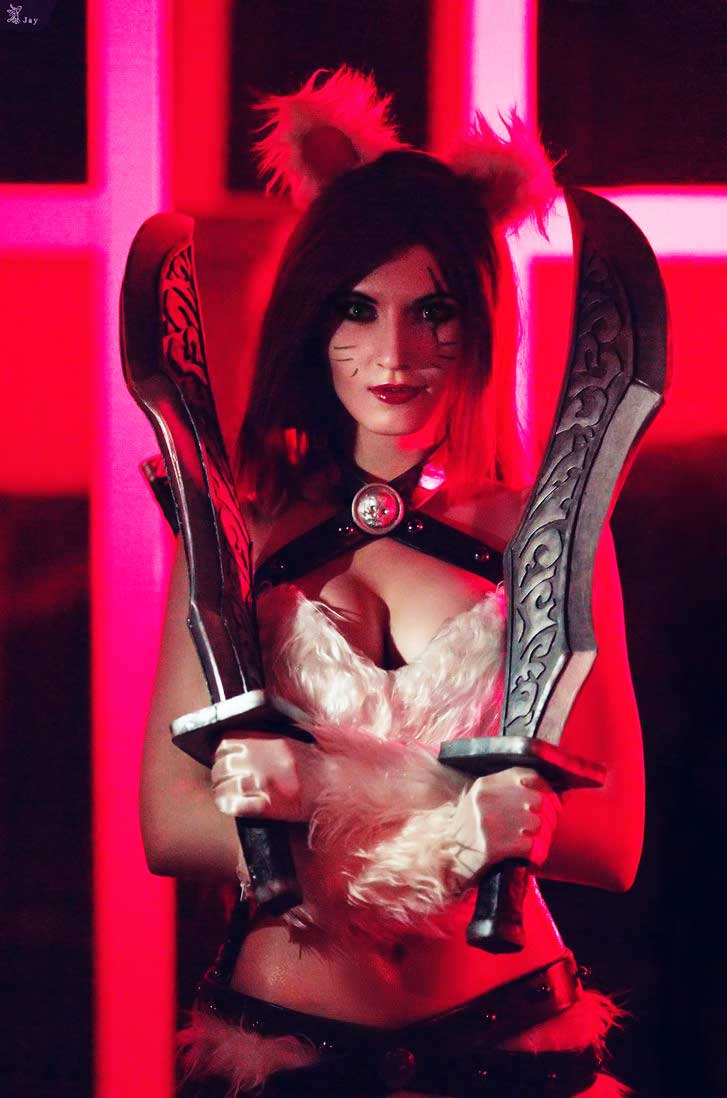 As the free-spirited daughter of a prominent general, the young Katarina was given the best of everything. Naturally gifted in combat, she found herself drawn to and loving her blades. Much to her family’s pride, she was trained under the deadliest assassins in the Noxian military. It wasn’t long before Katarina’s instructors deemed her ready for a trial by fire – to kill a prominent Demacian soldier. 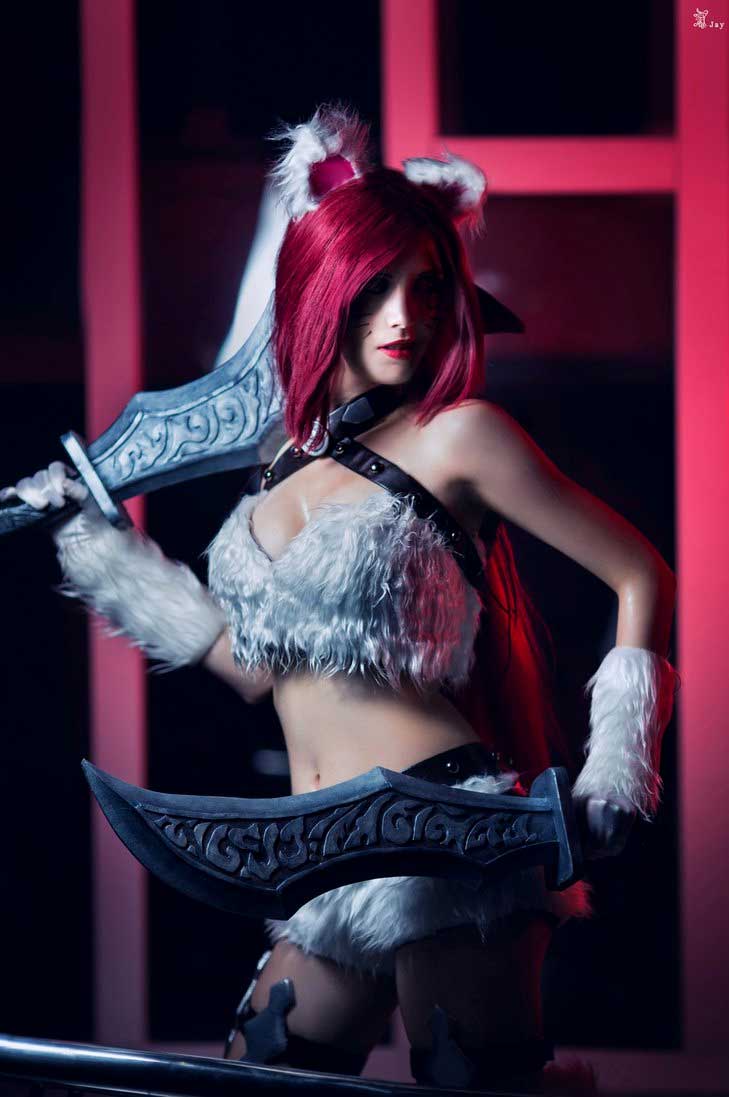 Creeping through the darkened military camp, Katarina was overwhelmed by her desire to prove herself. When the army’s General wandered across her path, unguarded, she quietly slit his throat. Katarina then vanished into the night, pleased with her impressive kill. 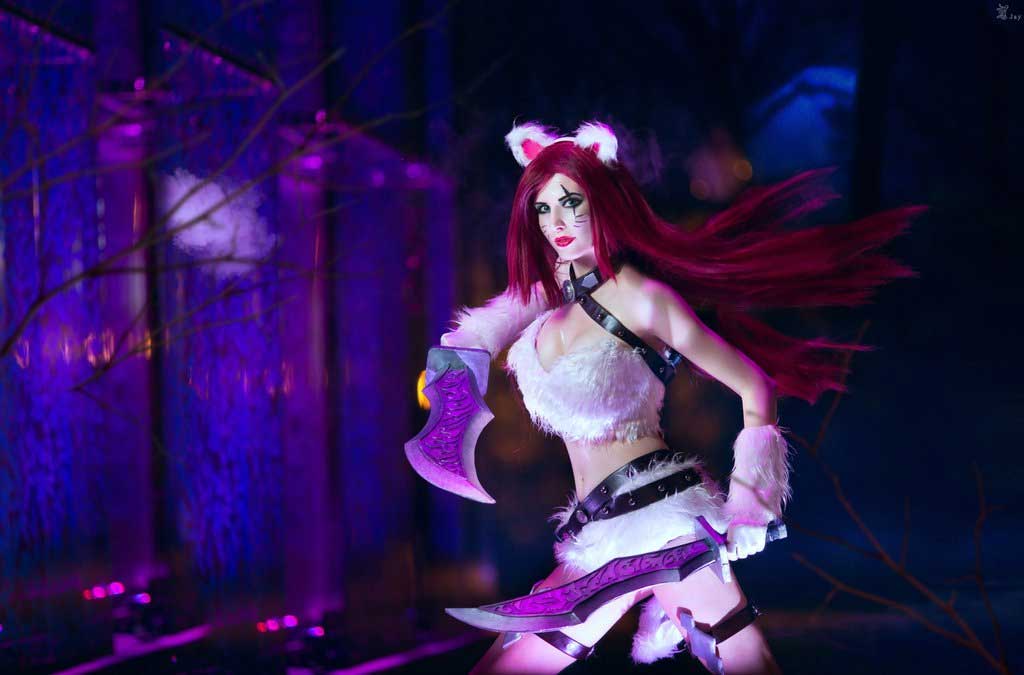 Her elation was soon crushed, as the next day her original target led his forces to ambush unprepared Noxian soldiers. Katarina threw herself into the fray to correct her mistake, earning a scar over her left eye as a permanent reminder. 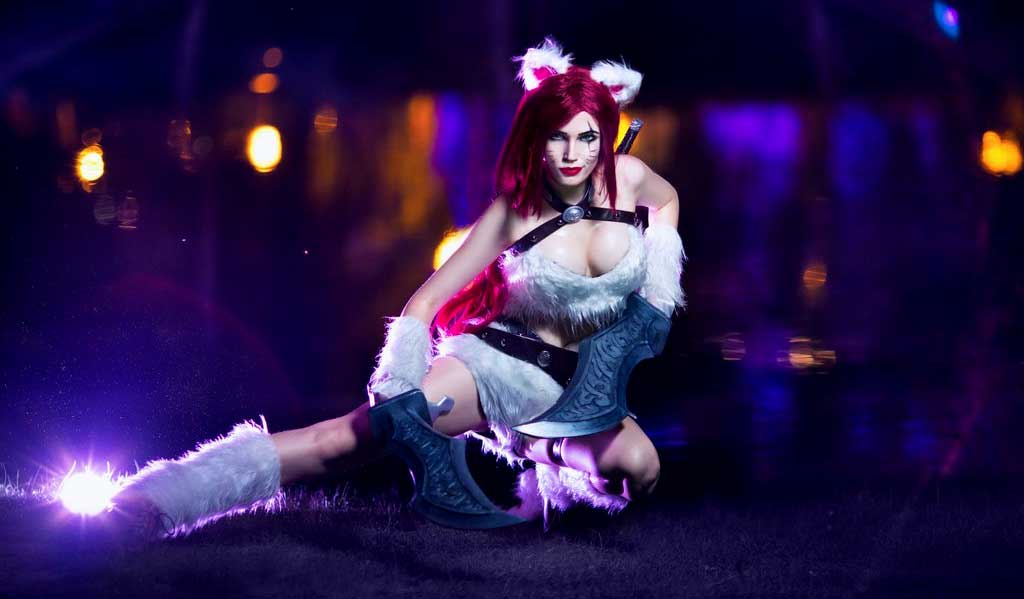 Even though she did completed her task, her family’s reputation was damaged. Since that day, Katarina vowed to never let her passion prevent her from bringing glory to both Noxus and family. However, reconciling her desires with her duty proves to be a constant challenge for her. 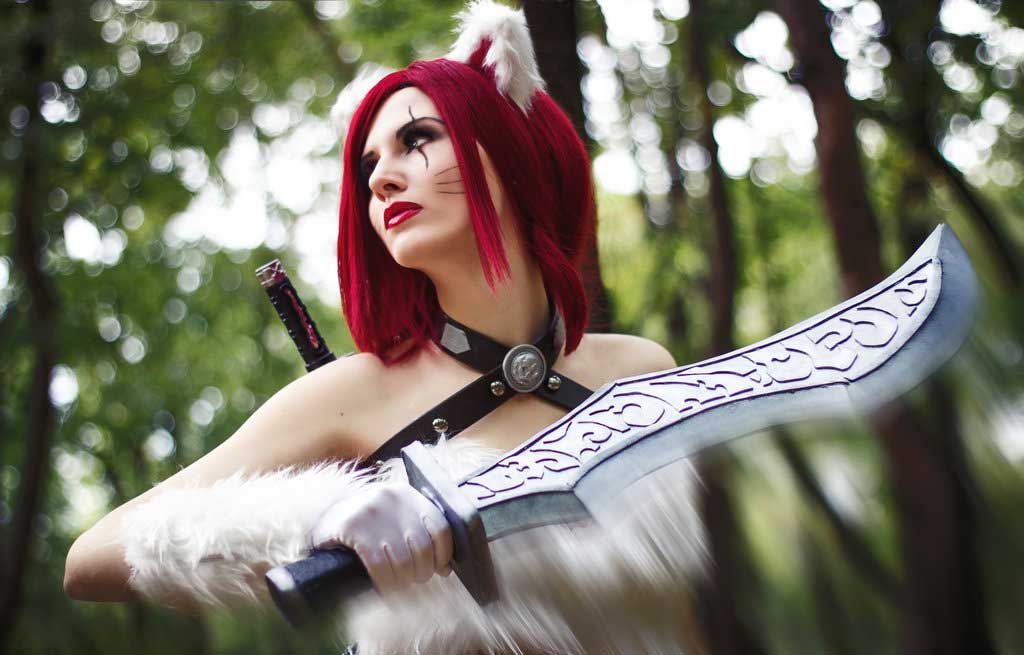 To the world, Katarina is a symbol of Noxian patriotism and heroism, although there is so much more to the red-haired assassin than meets the eye. Get more Katarina background here. 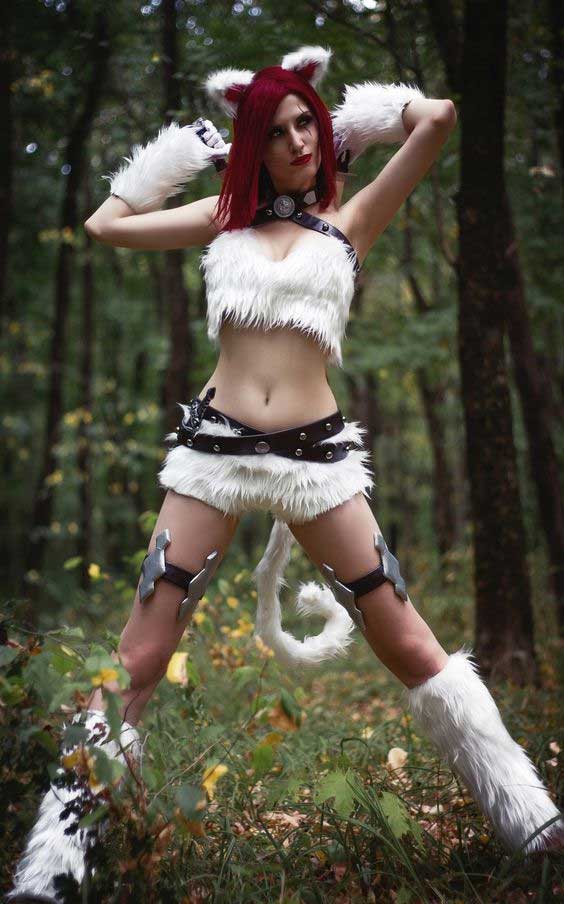 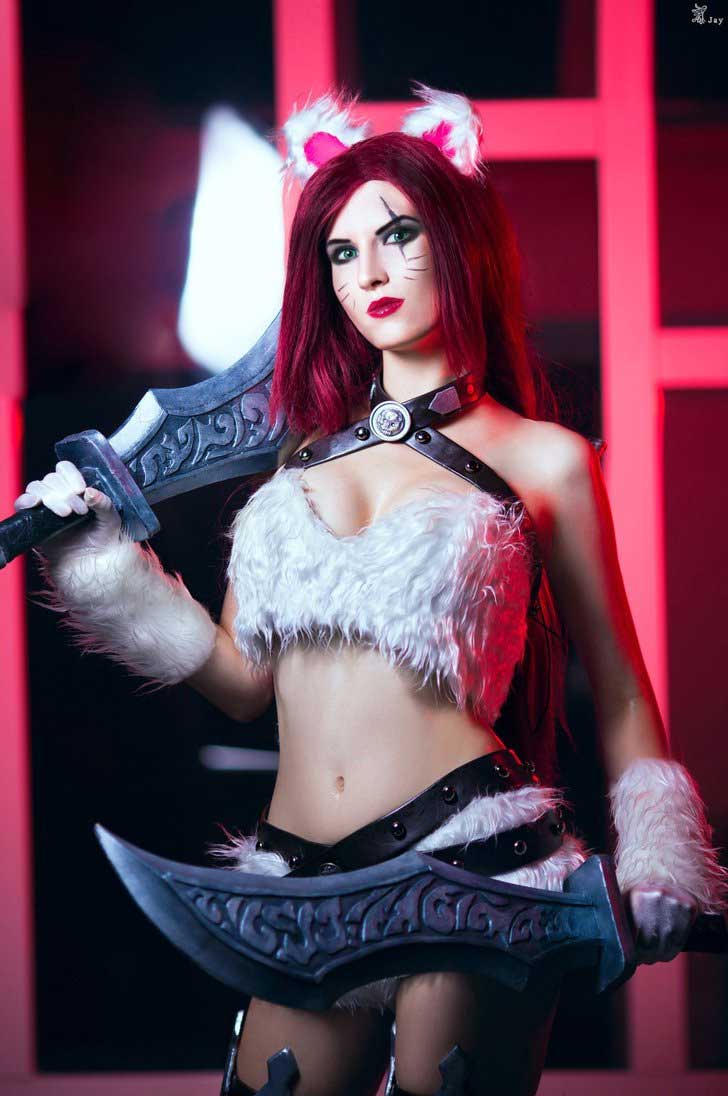 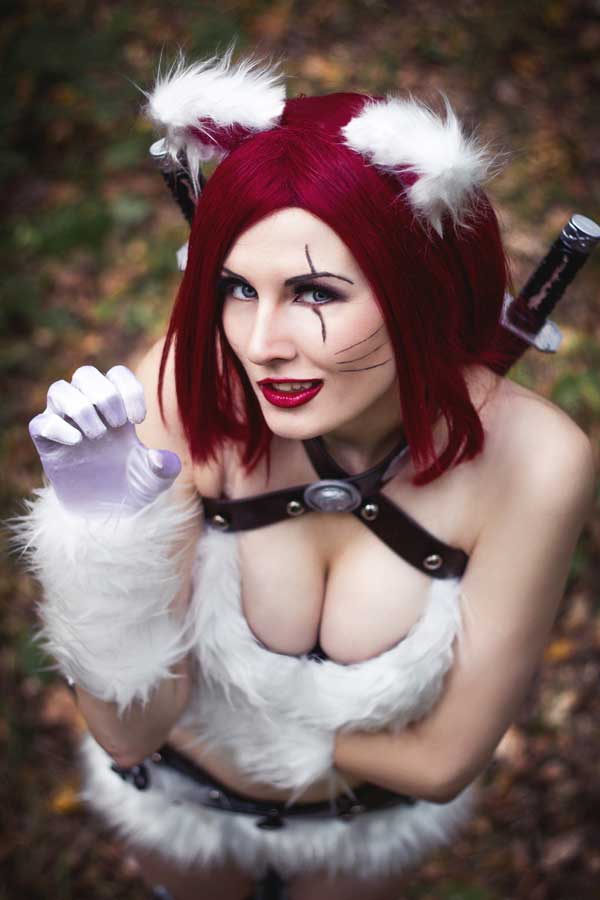 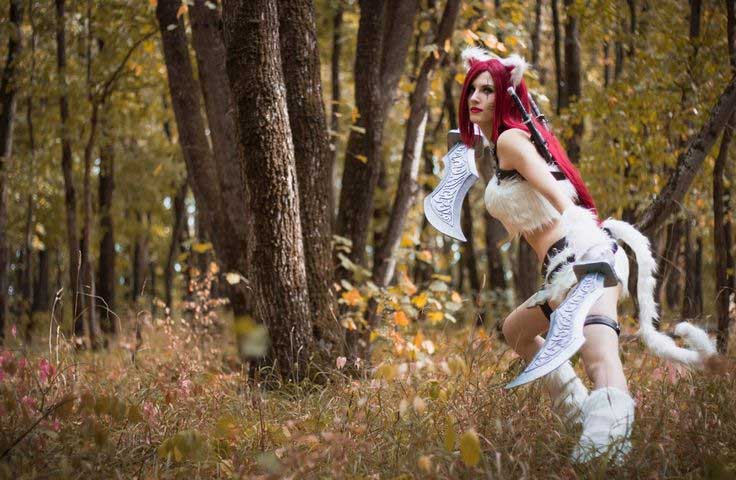 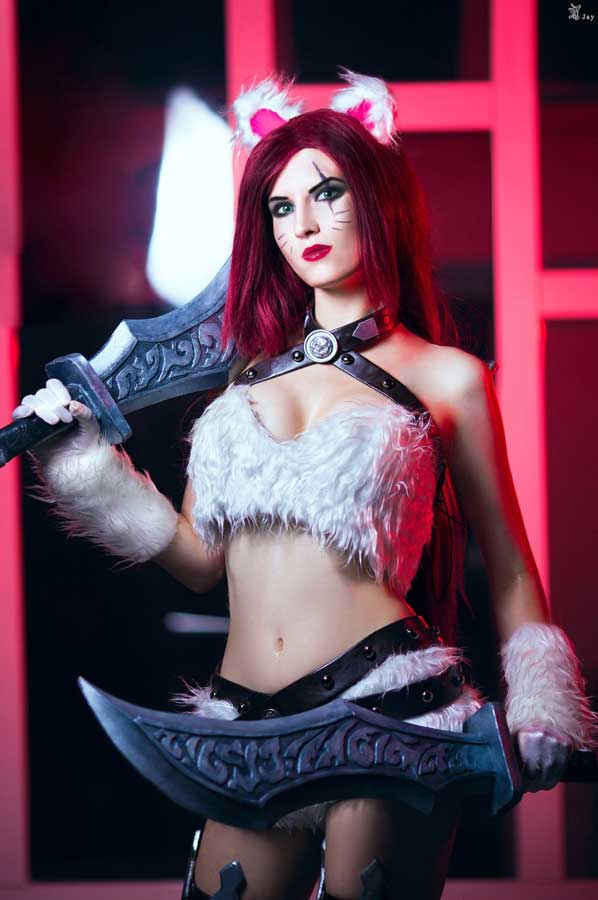 “Come on, live a little… while you can!” 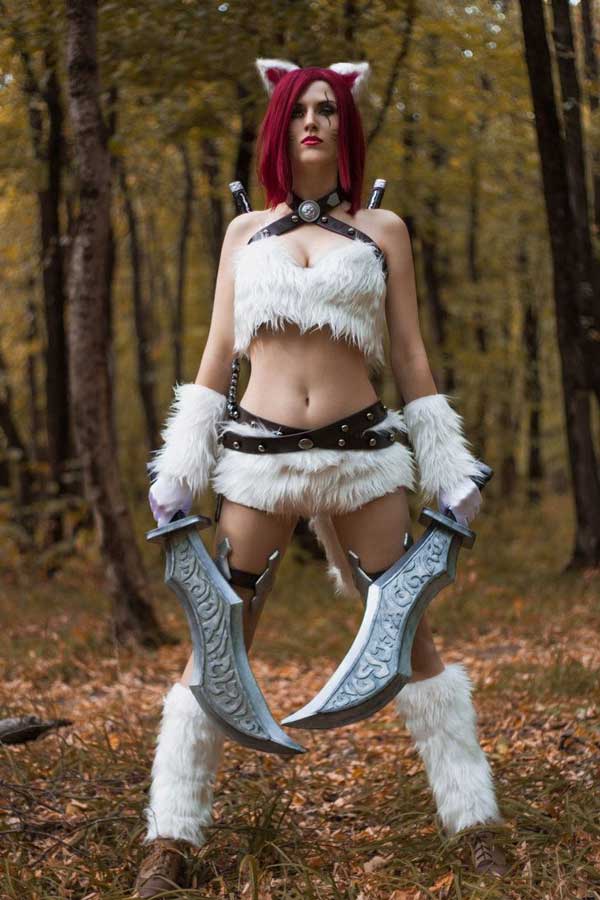 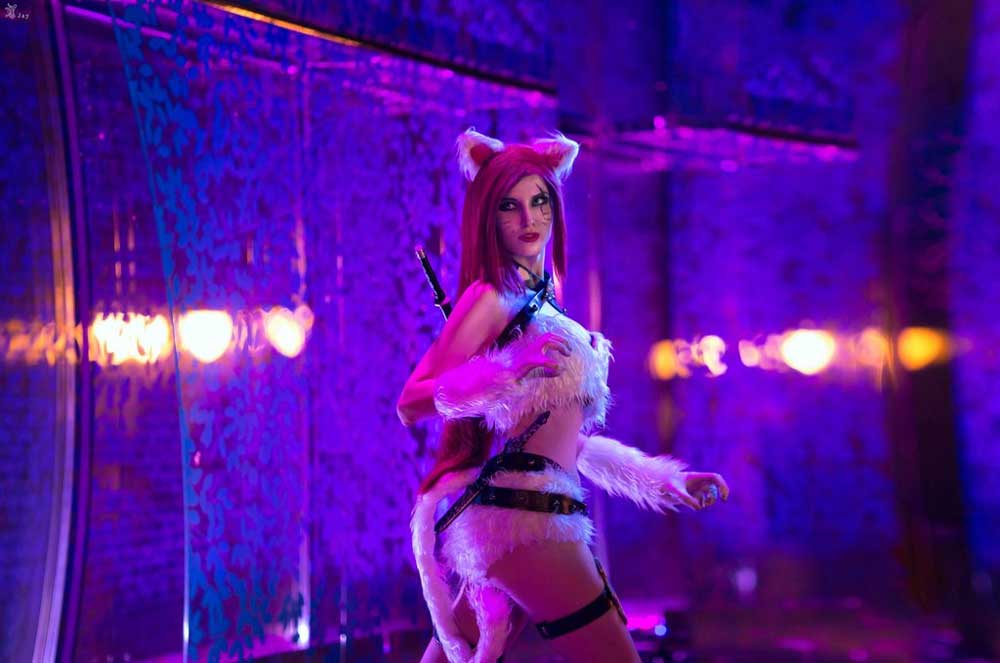 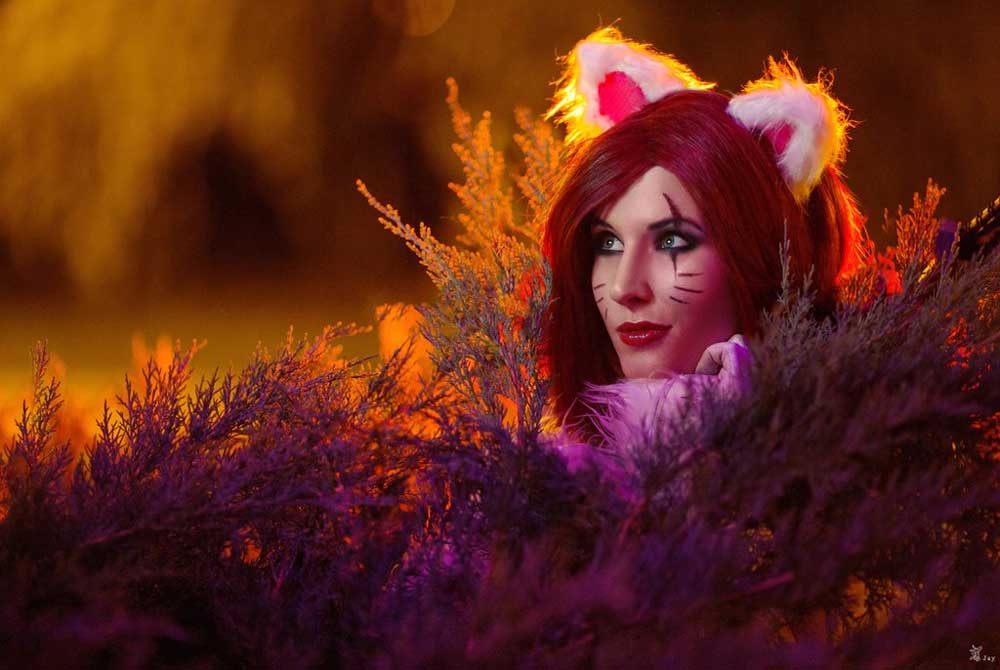 We Love Us Some Kitty Cat Katarina Cosplay!

Thanks for SHARING and LIKING – and not stabbing us!

Have you met Barbarianna, the Viking Valkerie of Kung Fury? We think she and Katarina would get along just fine. 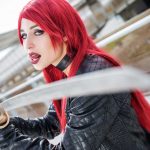 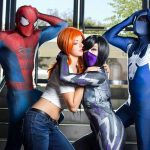