League of Legends Cosplay – Kate Smirnova, aka Smirka Cosplay, puts on one smoking hot set of League of Legends cosplays for us. Inspired by League of Legends, World of Warcraft, Dota 2 and other old-school games, Smirka has plans for costumes both large and small. Follow her progress on Facebook and go support her via her Patreon site.

Pool Party Sivir
Sivir is a renowned fortune hunter and mercenary captain who plies her trade in the deserts of Shurima.

Armed with her legendary jeweled crossblade, she has fought and won countless battles for those who can afford her exorbitant price.

Known for her fearless resolve and endless ambition, she prides herself on recovering buried treasures from the perilous tombs of Shurima – for a generous bounty.

With ancient forces stirring the very bones of Shurima, Sivir finds herself torn between conflicting destinies.

”I don’t care what face is on your coin, as long as it pays.”

Born with immense magical potential, Syndra loves nothing more than exercising the incredible power at her command.

With each passing day, her mastery of magical force grows more potent and devastating.

Refusing any notion of balance or restraint, Syndra wants only to retain control of her power, even if it means annihilating the authorities that seek to stop her.

”Power belongs to those who can wield it.”

With each arrow she fires from her ancient ice-enchanted bow, Ashe proves she is a master archer.

She chooses each target carefully, waits for the right moment, and then strikes with power and precision. It is with this same vision and focus that she pursues her goal of uniting the tribes of the Freljord and forging them into a mighty nation.

”One tribe, one people, one Freljord.”

A healer gifted with the magic of the stars, Soraka holds all living creatures close to her heart.

She was once a celestial being, but she sacrificed her immortality and entered the world of mortals. So long as evil threatens life in Valoran, Soraka will not allow herself peace.

Soraka lived for centuries in an enchanted grove. A being of the stars, she healed the wounded and sick that sought her out.

”The cruelty of one will not blind me to the suffering of many.”

Anivia is a being of the coldest winter, a mystical embodiment of ice magic, and an ancient protector of the Freljord.

She commands all the power and fury of the land itself, calling the snow and bitter wind to defend her home from those who would harm it.

A benevolent but mysterious creature, Anivia is eternally bound to keep vigil over the Freljord through life, death, and rebirth.

”I am the fury of the blizzard, the bite of the wind, and the cold of the ice. I am the Freljord.”

Sejuani was weaned on hardship and reared on barbarity.

Where others succumbed to the harshness of the Freljord, she was tempered by it until pain became power, hunger an encouragement, and frost an ally in culling the weak.

Through her ordeals, she learned that to thrive in the endless winter, one must become just as cold and unforgiving.

In Sejuani’s eyes, her followers either have the mettle to endure or the right to die. Once she has conquered the Freljord, she knows that those who survive will form a nation to be feared.

”I was cut from the ice, shaped in the storms, hardened in the cold.”

Related: Check out this deadly Katarina cosplay by Andrasta.

That was some good League of Legends Cosplay!

Let us know what you think! 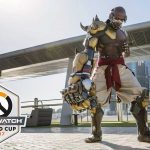 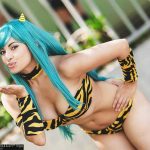