Frost Lich Jaina Cosplay – Alexey and Natasha, aka, Narga and Aoki, aka Lifestream Cosplay, are a husband and wife cosplay team from St. Petersburg, Russia.

Narga has been cosplaying since 2008 and makes all her own costumes paying fine attention to detail in order to bring her characters to life. Taking inspiration from her favorite video games like World of Warcraft, Heroes of the Storm, Monster Hunter, Devil May Cry and others, she’s always trying to improve her skills, learn new techniques and search out new materials. No doubt, this is why Blizzard sponsored her with their release of Hearthstone’s Frozen Throne expansion and the introduction of Frost Lich Jaina.

Watch now as we see Jaina’s transformation thanks to the talented skills of KIRA Photo Arts. 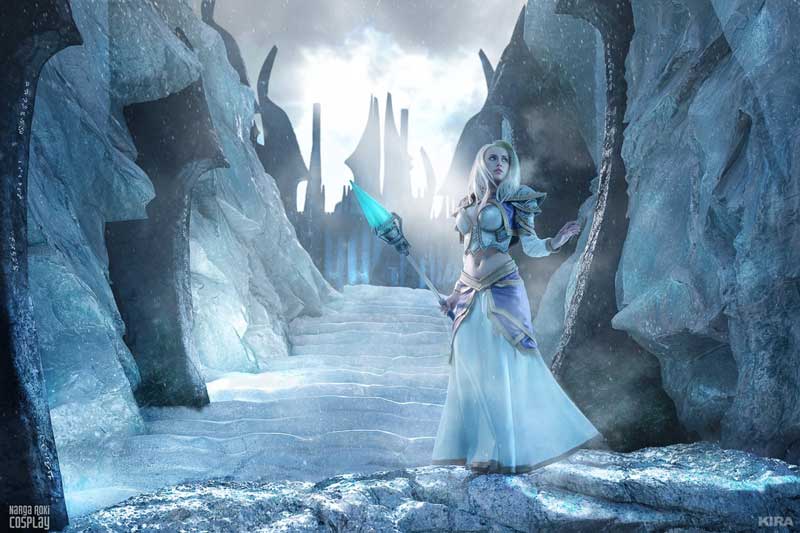 “Always remember that power is a double-edged blade. One side light, the other dark. It calls to you, where you are most desperate; when victory seems worth any sacrifice. There is a price to be paid for such a gift, and many eagerly accept the bargain. The righteous and the meek may recoil at its cost, but they have no vision. Power alone is not to be feared. Fear instead, those who wield it!”
– Knights of the Frozen Throne 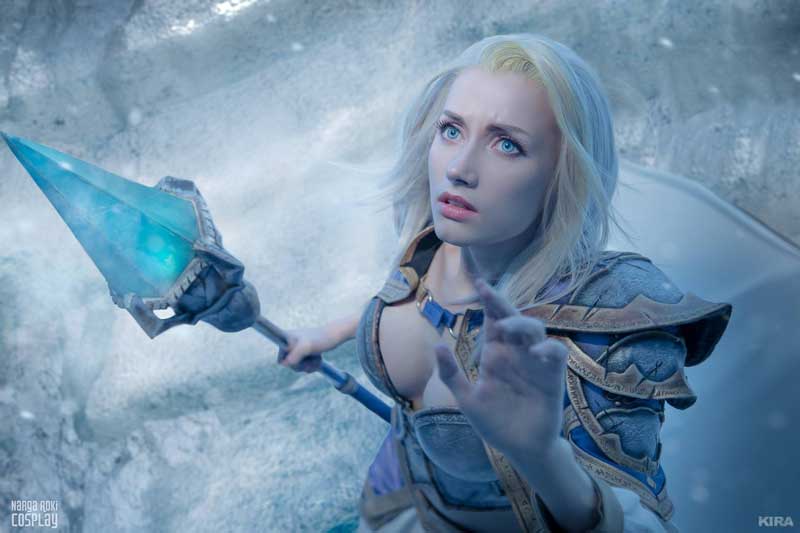 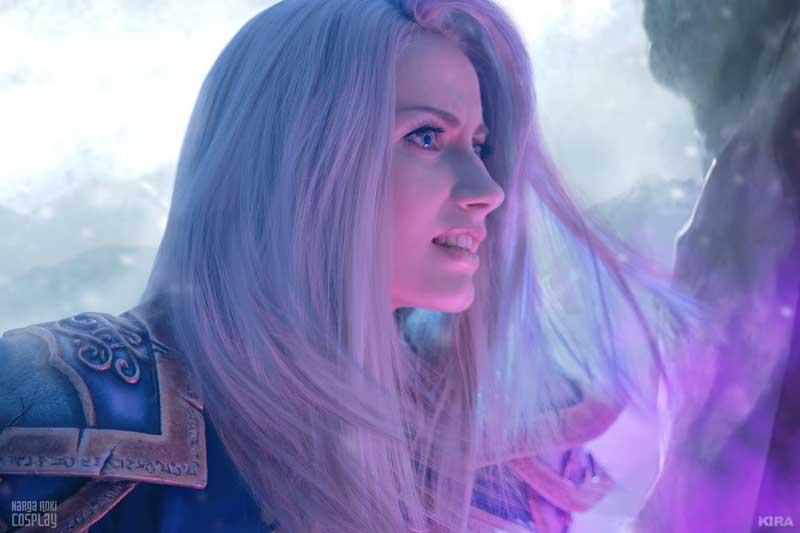 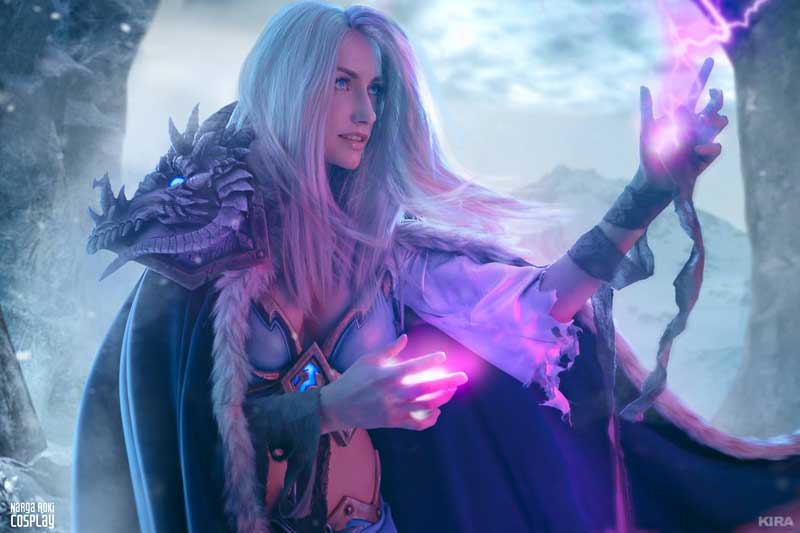 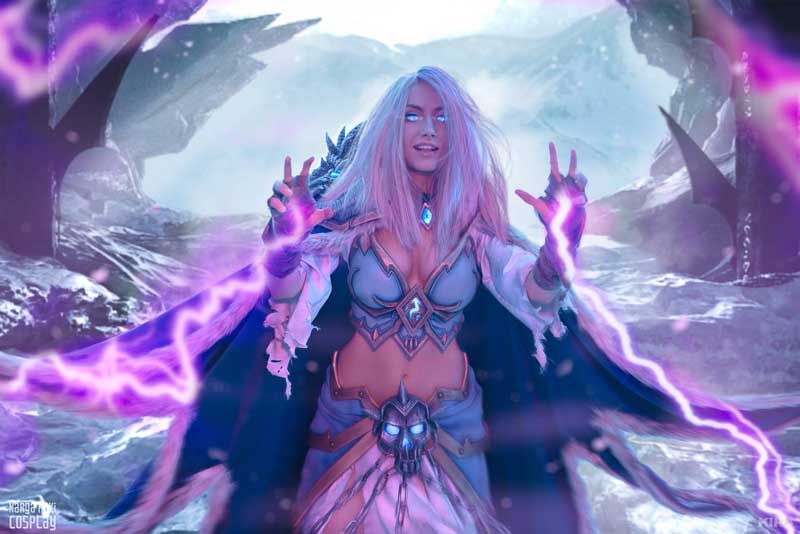 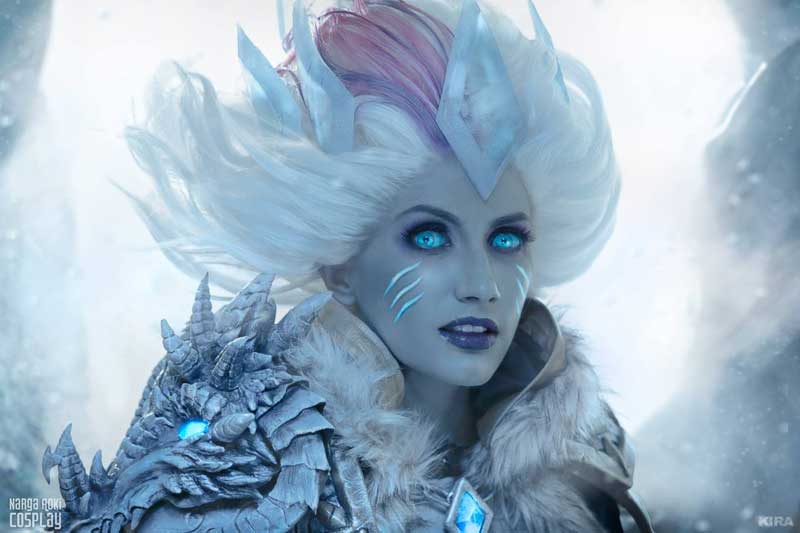 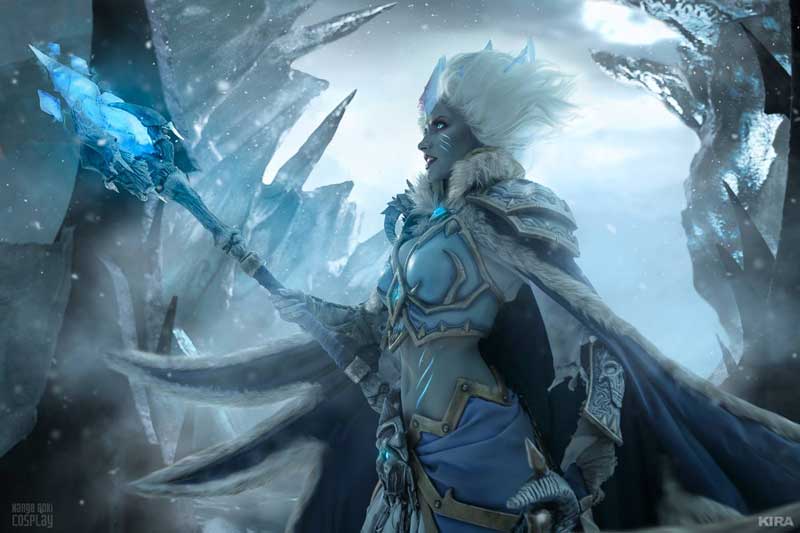 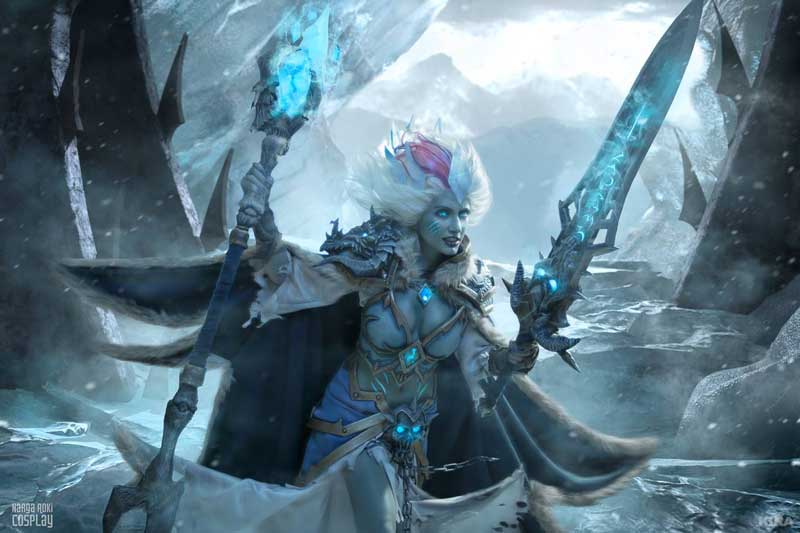 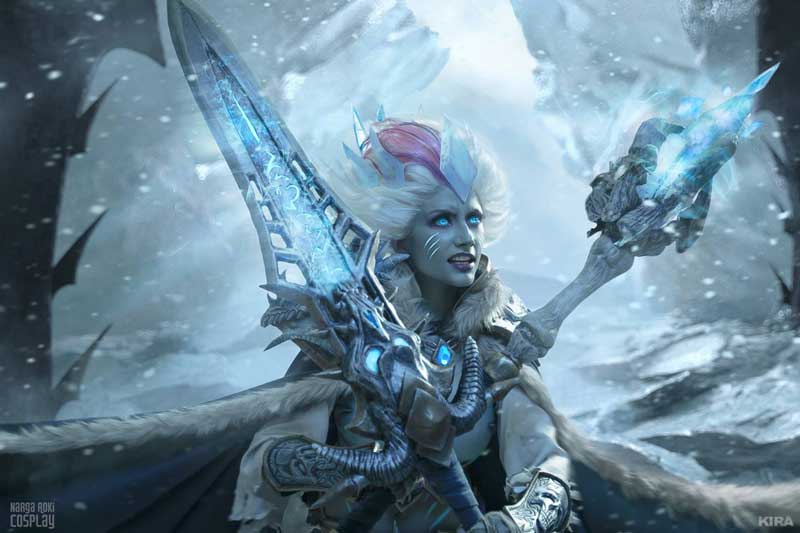 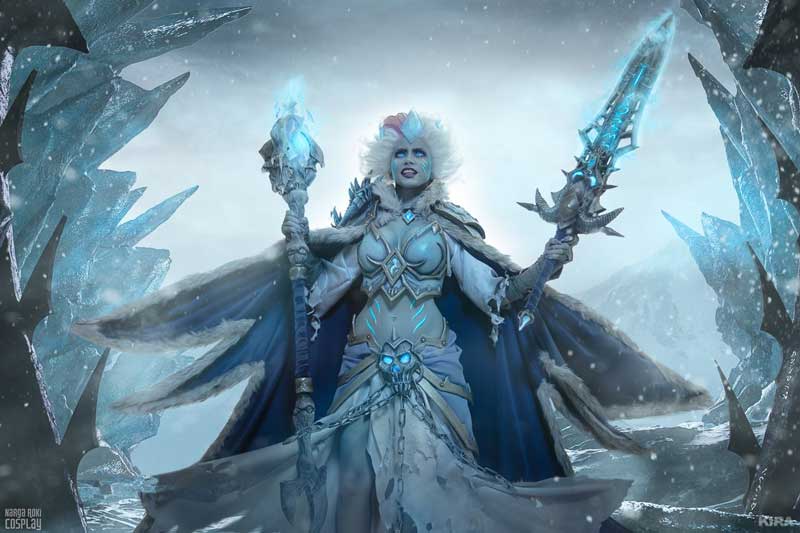 Go follow them now and you’ll be glad you did! They have so much more fantastic work like their Winter Veil Night Elf Cosplay!

Hard to believe they made this amazing armor? Check out the armor build video!

In the web comic Undeath Conquers All, a Pompous Thespian – at the behest of a Bloodsail Raider-like pirate and several other tavern patrons – begins telling a tale about the Scourging of Lordaeron, and of how Prince Arthas Menethil and his former love interest Lady Jaina Proudmoore rushed to face the threat of the undead. The pirate complains that the audience already knows the story, but the thespian replies that she shouldn’t spoil it for those unfamiliar with the tale.

The thespian contiues by describing the terrible dilemma faced by Arthas, Jaina, and Uther Lightbringer at the city of Stratholme, whose citizens had not yet turned into undead. Arthas wanted to cleanse the city with fire, while Uther believed that its inhabitants could be saved. The pirate interrupts the story again, again saying that she already knows the tale of Arthas’ fall, but in response, the thespian changes the story by stating that Jaina decided that Arthas couldn’t succeed without her and that the plague needed to be eradicated. Thus, Jaina joined Arthas in destroying Stratholme, and the two of them vowed never to leave one another’s side.

The thespian continues by telling of how the Frozen Throne whispered to Jaina and promised her the power to battle and ultimately control evil, and of how Arthas and Jaina knelt before the Frozen Throne together, offering fealty to the dark force that had drawn them together again. Together, the death knights Arthas and Jaina waged war against the living, causing the world to cry out for heroes to stand against them. Thrall answered the elements’ call and began the long journey to Icecrown, while across the sea, Uther the Lightbringer tracked down his former pupil.

Arthas and Jaina easily defeated Uther and continued to destroy in the Frozen Throne’s name, with not even the might of Dalaran being able to stop them. However, they were not destined to remain together forever, for the throne called for them to return to Northrend, stating that it would choose only one of them to inherit its power. When the two death knights arrived, they were ambushed by Uther, who had also been transformed into a death knight by the Frozen Throne. Suddenly, Thrall appeared and urged Arthas and Jaina to return to being the heroes they once were, but he was swiftly silenced by a blast of magic which transformed him into a death knight as well.

The Pompous Thespian’s story ends with a massive battle between the undead Jaina, Uther, and Thrall, with the moral of the story being that the Frozen Throne does not bring people together, but rather pits them against one another until only the strongest remains. However, the pirate replies by asking who won the fight. The thespian protests that that is not the point of the story, but after being offered more gold coins he concedes that Jaina won. 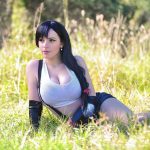 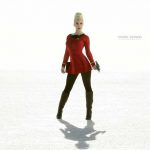